Tasmania: Giants at the Edge of River Styx 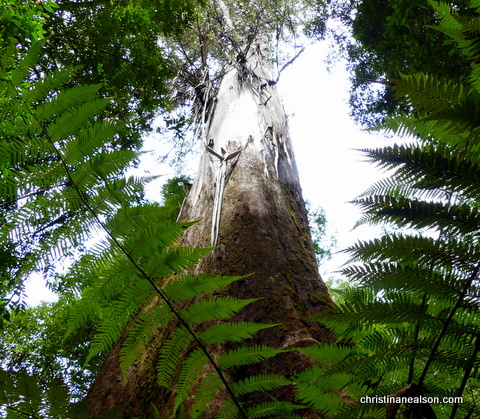 Eclipses shake things up. The underpinnings begin to tremor a few days before and continue days and weeks after. Some might warn that to travel Tasmania in the midst of such energy was risky, but turbulence was my forte'.  Unsettledness in nature brought unsuspecting wildlife closer, deepened the shadows for photography, moved energy into the unknown. Eclipses also reached deep into psyches, like a metaphorical rototiller; brought depths into sight. The stage was set for our journey to Styx Valley and her giant trees. Styx: so named for the Greek deity and river between earth and hell.

Despite being a World Heritage Site, the Styx Valley and her giant forests were not easily accessible. We stopped in Maydena, a town a few blocks long and I struck up a conversation with a store owner. He not only gave me directions (warning: there would be no signs to "Big Tree") but also mentioned a little place to boondock by some caves outside of Maydena should we find ourselves in that area at the end of the day. Spoiler alert: we would.

Twisty turns on potholed gravel eventually landed us at the walking trail. Eucalyptus gum trees that craned the neck and blinked the eyes in disbelief. The tallest stood at 300-plus feet, cocooned in a thick emerald forest of fern and moss. Tall as the California redwoods that took thousands of years to grow, these trees reached their heights in 300 years. (The tallest tree in the world is a redwood at 379 feet. There's perspective for you.) Thus I entered the velvet green sanctuary of one of the rarest forests on the planet.

Greg and I took separate routes, weaving in and out of the various faint trails, meeting up again at certain points. Taking time to lean into the energies that exuded from the trees. 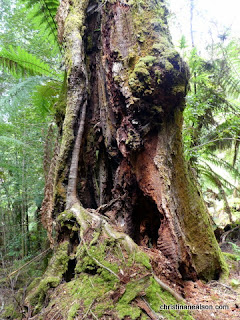 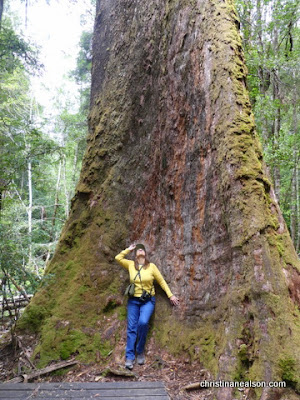 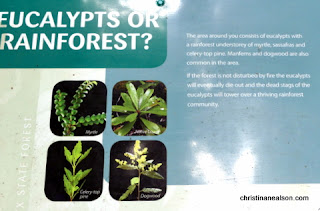 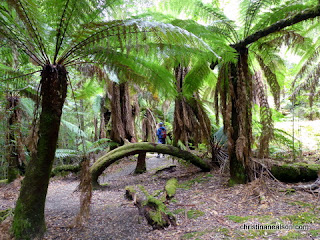 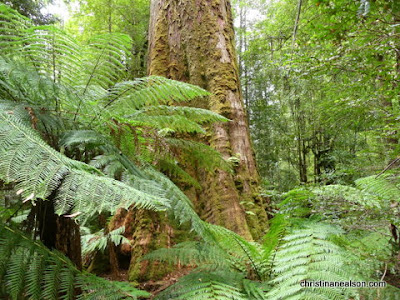 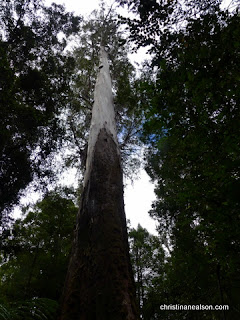 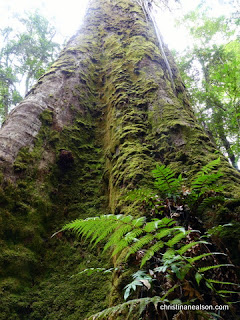 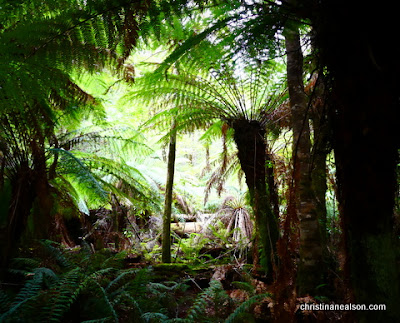 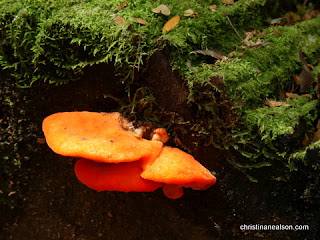 This forest silenced the soul.

We eventually met back at the trailhead and made our way down to the river Styx. That's when I spotted a neon orange fungus growing out of moss. I was photographing when a couple walked up like ghosts ... we'd seen no one else thus far.  Greg, however, had noticed another vehicle when we parked and asked if it was theirs. It had a license plate that designated the owner a veteran. Yes. It was theirs. The two men began to share comments of their years in Nam and within seconds the man broke down and sobbed. I comforted his wife, Christine, who shook her head and said, "This happens all the time." The man apologized as he fought to hold back years of tears and trauma. He, on the cusp of hell ... a few feet from the river Styx. His soul recognized Greg, who was writing a book on PTSD. An interlude of unspeakable forces. 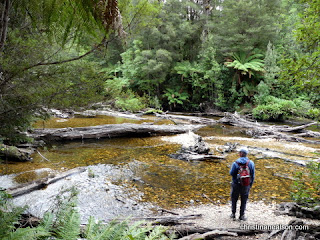 We parted with warm goodbyes. They returned up the trail to their car; we continued down to the  river. All was silence, green and the slight rush of running water over worn, colorful pebbles.

Once again we chose separate ways. Greg had an unspeakable meeting to process. I struggled to stay focused on my place in the middle of the chaotic energies. The many wonders and wildlife sightings of the past few days. The things set in motion for me were not obvious. The clarity around Greg, however, was crystalline. 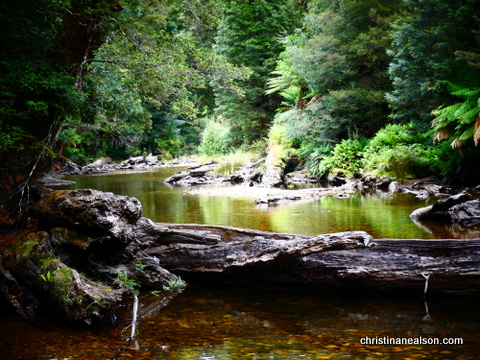 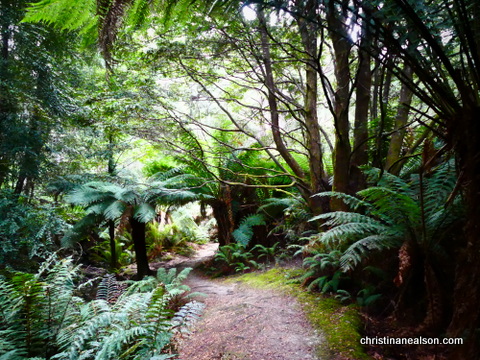 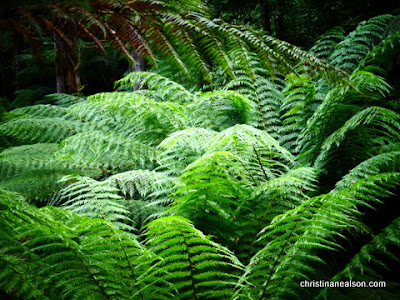 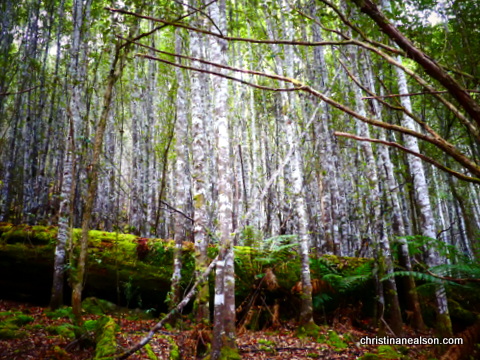 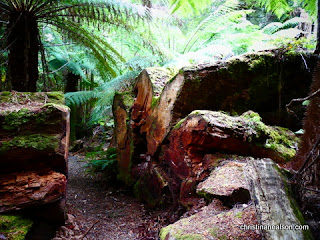 We returned to Maydena with no time for extra stops; found the turn up a dirt two track to the recommended boondock at the entrance to caves. Parked along a small stream. Greg proceeded to build a fire out of wet wood -- accomplishing the impossible in my book -- and the evening proceeded into a truth-telling. The meeting with the Vet at the edge of River Styx augured huge.  And his wife? -- with the same name as mine? You must finish your book, I said. All else must be set aside. No diversions. I suggested Mexico. Guanjuato. He'd never been to Mexico but he was game. He agreed; felt the value of removing himself from distractions on this book project that had drawn on for years. Clearly, this Tasmanian journey was not about him and me. It was a re-dedication to another lover: his manuscript.

We'd reached clarity, yes. But not without the rough edges that accompany any rototilled ground. Three days from my Sydney departure, energies would continue to plunge, climb and swirl. I concentrated on the steadying force of the Towering Ones.


Posted by Christina Nealson at 10:03 AM