Yes, it's been a loooong time since I've penned this page. Thanks for showing up. I'm in S. Arizona now. I departed Washington on 9/15. The odometer on the '99 Ford Pickup rolled over 150,000 miles as I departed Sedro-Woolley. You remember Sedro, the place I had intended to stay for three months and stayed just short of two years. The Skagit River wouldn't let go. I trusted the extension and even the broken elbow. It allowed me magical kayaks that culminated in a final exploration down the mighty River with friends and neighbors, dancing with community at the Old Edison Inn, and a final run at the next book. My departure was a leap of faith. I had no destination. I knew, however, I did not want one more gray damp PNW winter to envelop my body. I was dead set on being in the Southwest aspen forests in the autumn.

Shortly before departure I received word from Focus on Women Magazine that Drive Me Wild was finalist for the La Femme de Prose Books Quill Award. The awards gala was in Baltimore mid-October. Could I make it? I doubted it. I was in the homestretch of the next book, hoping for a fall book release in Taos. It would be a major diversion of time and money to go to Baltimore, but I didn't rule it out. Then I received word I had to move my 5X8 space of boxes from a friend's shed. I was Cortez, Colorado-bound, with stressful decisions ahead. Baltimore seemed a lifetime away. 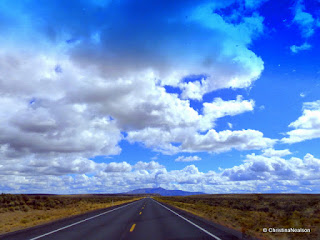 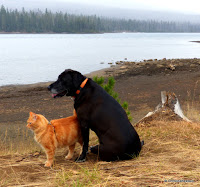 It was fabulous to be on the road again. Teak and Hobo took up the traveling rhythm with panache. Hobo waited patiently for the final day's stop when he could jump out of Perla and explore. He'd jump back inside in the morning, to travel to the next spontaneous stop. We dry camped the first night in Eugene to see Hope. Traveled east through Bend, across the Great Basin for a boondock of unbelievable beauty. We continued north to McCall, ID to see Ed Kral, a writer-friend. Then south to Twin Falls to see my ole RV buddy, Phyllis. Fate threw a new brake job into the mix before the momentous turn south into Colorado. I chose the slower mountain route through Orvis Hot Springs to meet Jacqueline from Boulder. The aspen were at peak as I crept through the neon yellow Rockies. I was ecstatic. 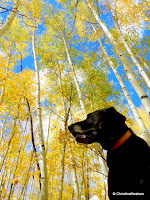 I pulled into Mancos to park at Danielle and Tom's, gracious fun hosts. Fun to be around teenage boys again, learning the lingo, like "Netflix and chill." (Friends with benefits is so passe'.)

That blood moon eclipse shook the energy loose as friends offered spaces for my things. An heirloom sold to a member of the family who was willing to drive from Iowa to pick it up (bless you Tami and John). I was beginning to think Baltimore was in reach when Shanon, a friend in Prescott, offered a place to park and loving care for Teak and Hobo while I flew out of Phoenix. A friend of a friend offered me a place to stay at her AirB&B in Towson, Maryland. The universe conspired. I didn't dare say no.

In the background of this movement was the new book, The Wild Road Home. I had put it aside in Washington and taken to the road. My critic was having a heydey. You need to get it done. You promised. You need the money. You're a slackard .... I told it to shut up. The name of the road was TRUST. Boarding pass in my Smart Phone, my die was cast as my savings dwindled.


The non-stop trip to Baltimore was a five hour meditation as I contemplated my invitation to be among a phenomenal group of women activists and writers from around the world. Linda Tucker, Founder of the Global White Lion Protection Trust in South Africa. Michele Rickett, founder of She is Safe, a global effort to rescue sexually exploited girls around the world. Consolee Nishimwe a survivor of the 1994 Tutsi Rwanda genocide. Joslyn Wolfe, the Publisher of Focus on Women Magazine. Bette Hoover, a radical Quaker who worked for peace across the globe and trauma victims in Nicaragua. And many many more women writing their stories from across the USA. Why me? I wondered. What was my contribution that spawned the invitation?


I stepped out of the Baltimore airport to the curbside pick-up area. A handsome dude gave me a
crash course in Uber. I should have asked if he wanted to share a car. My Uber driver was a man from Jamaica whose spirit and snow-white smile lifted the soul. I rode in front and we talked non-stop. He wrote poetry in his spare time. Worked at Comcast. Had a family. And he was working on a book of the most beautiful places in Jamaica for weddings. Forty-five minutes later he unloaded my suitcase as Jayne, the aerial dancer host in Towson, stepped from her door. We were sisters from the first glance. Her spirit tree loomed in the backyard, where she attached her apparatus and practiced her craft. Julia, my second host, loaned me some hiking shoes, led me into the deciduous woods and into the French Twist for succulent crab crepes and one of the best breves I've had. The Gala and book event was a two-night marvel. Joslyn did not call my name for a La Femme Quill Award. She called my name for something I didn't know existed: "The feminine energy espoused in Drive Me Wild: A Western Odyssey is surpassed by none. Christina Nealson brings us on an incredible journey to reach one conclusion: we must preserve, embrace the beauty and respect nature, the earth and all of its connectedness. For these reasons she has been chosen Focus on Women Magazine's AUTHOR OF THE YEAR."


I carried the deeply humbling moment aboard the return flight to Arizona. The question, "Why me?" blinked neon red as the answer crystallized. I stood, I hoped, as an example for women and men to break free of the tethers that separated them from the quintessential germ of their souls. That they might feel their way beyond rationale - through faith and intuition - to their spirit home. For myself, to communicate the wildscapes vital to spirit and survival. For all of us, I hoped, I radiated the COURAGE TO QUEST.

And with that revelation, the title of the next book changed.
There was a reason I didn't push the baby out in September.

I'm back to the book and planning a spring release. I pause in the Arizona sun, steeped in the warm reality that a quest, while a solitary soul venture, is never accomplished alone. The heart and generosity of loved ones throughout the years buoy me, sustain me and make every word I write, every step I take, every bird I identify, every snap of the shutter, possible. To YOU, my tears of thanks.

For the wild, Christina 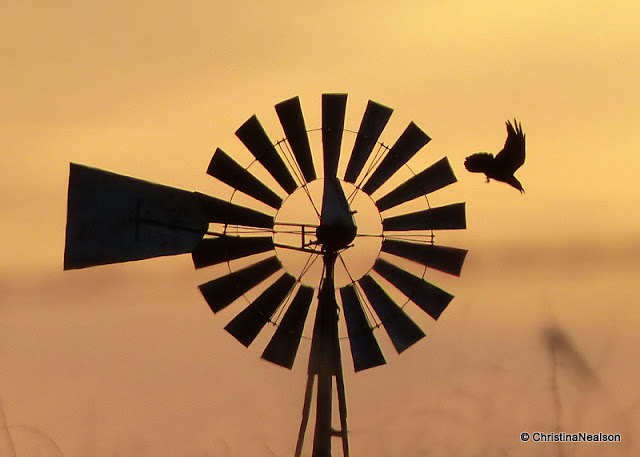 Posted by Christina Nealson at 1:02 PM