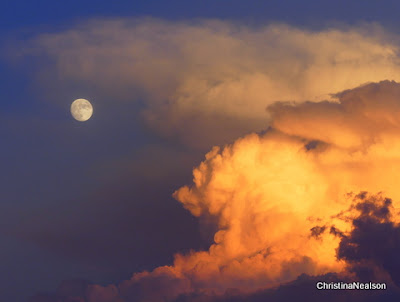 Oh those wily Fates. After several failed attempts to purchase land, I wondered if the Serengeti landscape southwest of Tucson Arizona was meant to be my home. That's when a piece of land I had eyed for over a year, and even recommended to others, became for sale. Not formally, mind you. I'd been perusing the internet and saw mention that the owner had ten acres for sale. Was it THEE ten acres? I contacted her immediately. We met that week and shook on a deal.  We finalized weeks later, on spring equinox. A few days later the country closed down in the face of Covid, as everyone struggled to get their bearings in the pandemic world.

The Fates. World mythologies reference the trinity of magic ones in one form or another. They are the Virgin, Mother and Crone (Creator, Preserver, Destroyer); the Spinner, Measurer and Cutter of Life's Thread; Order, Destiny and Peace. Fairy Godmothers have their genesis in the Fates that stood at the cradle of newborns and determined the child's future. Parents would leave the door open and set out food to appease. As the Fates were present at birth they returned at death, to take back the soul.

The energy around this land was definitely fated. From the fortuitous Facebook discovery to shaking on a deal with no idea how the money would materialize, right down to the flowing process with the county permits and electric pole installation. Even the trenching went smoothly, notwithstanding some major rock. Fates and friends were present from the beginning as the vision took hold: to create a place for rejuvenation and creativity on behalf of the planet. I named the land Querencia Hill. True to her name, those needing a safe place to express their authentic selves showed up and hooked up in the the RV guest spots I created. Build it and they will come.

One year ago I moved onto this land. The work has been non-stop. The Fates giggled as countless loads of trash were hauled away, from RV walls to car parts to stoves and water heaters and a couple dozen tires. I joke that I am living atop a 1950's hardware store of rusty bolts, nails, screws and springs. I pull on a piece of buried wire and gawd knows where it will end. This morning I found a crochet hook. Pushing my rolling magnet is a regular exercise as more metal rises through the dirt. I wish there was a similar gadget for broken glass. The land sparkles at sunset.

And yet, what more honorable work? Covid forced me here for a year, through 115-degree summer temps and a piece of the earth is better for it. What felt like a snail's pace now feels like a humongous accomplishment when compared to last April. This land has been an energetic confluence of loved ones. Solstice fires burn bright here; sisters drum heartbeats. Many grab a bucket to fill with trash or contribute to further the small projects. A shade ramada by the pond was moved to a back burner when the rains didn't come. The pond remains dry, in wait for charcoal moisture-laden clouds.

The transition from eighteen years on the road to womad-in-place has been brutal at times. Although my spirit was tiring of daily movement, I thrived on the novelty of the road -- witnessing new places through fresh eyes, the effervescent trust in spontaneous decisions, the faith-filled courage of risk. And while nomadic life can take place on the edge of one's bed through vivid imagination, it isn't the same. Leastwise for me.

One year into life on Querencia Hill and two vaccinations down, I loaded VAN-essa for my first road trip to a NM hot springs. Four glorious days. White lines under the front bumper once again, and yes, it was good to get home where projects continue and I hold out hope for a healthy summer monsoons to fill the large horseshoe-shaped pond. I envision a meditation spot on the peninsula and a game camera to reveal nightlife secrets of this holy landscape. My neighbors had Spoonbills and Ibis on their pond. I am jealous.

I have learned new patience in this covid world. Plans are tentative at best, and sometimes I struggle to trust the unfolding. The Fates dropped me on the wind-whipped hillside where sunsets give new definition to awe. The fairy godmothers brought me a rescue dog, Dulce, who guards the boundaries with aplomb and cherishes life at my side. They provided Hobo a place to curl his snoring self in a patch of sun. Now the Fates stand at the open gate to welcome those who seek push the refresh button, to meet their muse and create. I  smile. Prediction has dropped from my dictionary as my wild friends hold court. 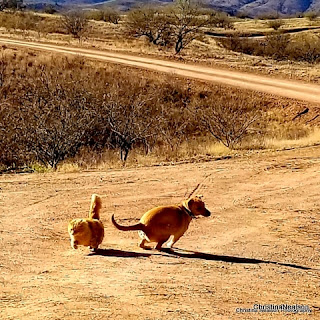 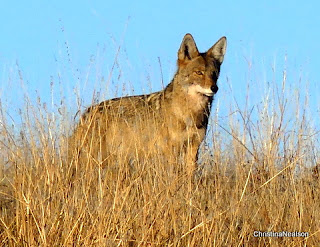 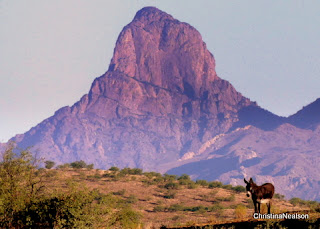 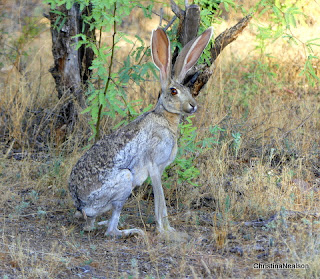 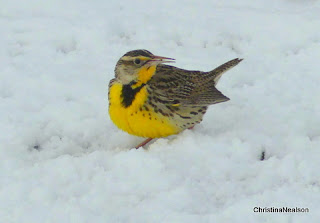 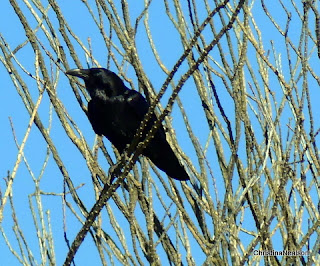 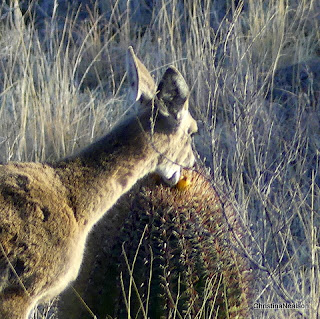 Posted by Christina Nealson at 2:08 PM