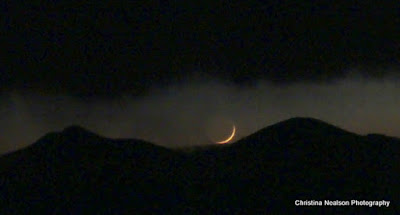 Solstice. Sol. Sistare. Latin root words that denote when the sun stands still. On last year's longest day I celebrated with a fire, drum circle, laughs and stories with dear women friends. The first day of summer marked the beginning of the third wettest monsoon season on record. Eighteen precious, wet inches fell upon Querencia Hill. The land turned excitedly verdant until September, then drought returned. Drought, in fact, became the metaphor for my pandemic reality, as written words dried up and ambition withered. Weird health phenomena sprouted anew from a body that had never let me down, except for the couple of times when I pushed the limits and broke an elbow bone while rock climbing; a leg and ankle while mountain biking. Suddenly, my life was structured around doctor's appointments, not writing schedules, readings, signings and public events. Even live music and dancing shriveled away. Looking back, I had reached my pandemic limit. That second year was harder than the tangled trails of the first, which I had assumed were a novel inconvenience. Deaths continued to rise, new variants birthed, the US hit a million dead, the world writhed. The pandemic became a permanent reality in the second year, as I numbed to the new existence. No travel. No seasonal park ranger position.

I stared at the television screen for more hours than my previous seventy years combined. I logged more movies on Netflix and HBO Max (thank you Roku stick, another learning curve). I watched more television news than EVer. I did not, however, become part of the Zoom culture. To date, I've only logged into three recent zoom talks of an anthropological/ nature. I have no idea where resistance to zoom resided. I mean, what's the difference, really, between television and laptops screens?

As authors I admire continued to write and publish, others resembled me, with no where to put the scope of the new, deadly reality, no way to process and regurgitate the darkness into words. The wild of Querencia Hill, the source of my strength and solace, took on an added layer of dread. The pandemic, after all, did not happen in a vacuum. It was part of a larger, climate-changed world, a world enveloped in the sixth mass extinction, the human-produced destruction of eons of evolution.

Writers are empaths. It is our poetic necessity to feel. To intuit. To take what we witness into our cells, send it flowing through the bloodstream to our beating heart, inspire and breathe impressions through our lungs, down our arms into our fingers that hold a pen that scratches ink to paper. To not fulfill this force majeure results in the most serious form of constipation. Soul constraint. Spirit hardening. As the shit hit the fan in the outside world, it backed up internally in a gangrenous procession. My brain stopped finding words. I put on weight. My enthusiasm took a powder. It's as if two years erased my passion-studded life. My muse had been hijacked.

The only way out was to write.

It is summer solstice night. The thunderous sky has opened and water floods the streets, a torrent of wet with the promise of new life. This, as I type these words and the dam breaks on my writing drought. There is so much to say; to distill. Can I push against the walls of grief and squeeze toward the muse? She is there, I know. Thru the tears. The memories. Leaning into hope, if only for a breath.

Posted by Christina Nealson at 6:53 AM